Living in New Mexico and then in the region of Urfa in Upper Mesopotamia, I have often wished for a word meaning "chilli pepper that is anomalously much, much much hotter than other chilli peppers of the same batch". How convenient it would be to mouth this word indistinctly in order to express one's distress and signal others to pass the ayran or the yoghurt.
Recently there has been a flurry of fluffy internet articles with titles like "Untranslatable Words From Around The World". I just sigh when I read such headlines and apotropaically invoke the mantra transmitted to me from my master's master, Roman Jakobson, "Languages differ not so much in what they can say but in what they must say". However, I will grant that these articles have taught me some delightful words that I wish had a concise equivalent in English--for instance, terms for the pathlike reflection of the moon on the surface of a body of water, like Swedish mångata and Turkish yakamoz and its Greek etymon, διακαμός. But does anyone know a language (or a regional variety of English) that satisfies the (literally) crying need for a word meaning "chilli pepper much hotter than expected"?
Posted by odamaki at 2:41 PM 1 comment:

More ill than usual these days, I have spent my time today in bed reading the OED. As I have mentioned before in this blog, the treatment of Sanskrit in the etymologies of the OED is often a little careless. Today I came across the OED's etymology for kirpan, "the sword or dagger worn by Sikhs as a religious symbol."

Actually the Sanskrit word kr̥pāṇaḥ, "sword, sacrificial knife," has a long ā too. Punjabi kirpān and Hindi kr̥pān, by their form, must be learned borrowings, not the organic descendants of the Sanskrit through Middle Indic. Panini apparently derives the Sanskrit word from the root of kalpáyati, "he orders, apportions, cuts, trims," whose Indo-European antecedents are disputed. Kalpa is also one of the Finnish words for sword--perhaps one of the early Indo-Iranian loanwords in Uralic?
Posted by odamaki at 6:41 PM No comments:

not clear as crystal

After pointless hours of research, I would do anything to know how Persian ‏شيشه šiše “glass”, from Middle Persian <šyšk> “flask, bottle” (cf. Armenian շիշ šiš "bottle”) might be related to Mishnaic Hebrew אֶשֶׁשׁ “crystal ball, light reflector” and Jewish Babylonian Aramaic  אֲשׁׅישָׁא “jug”. Someone somewhere has suggested such a relationship. Someone somewhere has also suggested a relationship of all these to Middle Egyptian šs “alabaster”.  Did the Iranian word originally designate a flask of semiprecious material for holding perfumes? Sorani has شووشه  šûše and Kurmanji şûşe, and this vocalism is also found in Georgian შუშა šuši. (In this semantic sphere, later Assyrian has a luliu “slag of glass” and later Babylonian lulimtu “a jewel(?)”. That there are exchanges between š [sometimes reflecting Proto-Semitic lateral *tɬ] and lateral l in the languages of the region is well known.)
Posted by odamaki at 4:33 AM No comments:

It is incredible to me that the Oxford English Dictionary does not have the word pogonip. Merriam-Webster say that they have a cite from 1865. I had thought that the OED had put all of their material for the letters M through R online, before the editors started jumping around more last year. How did this word fall through the cracks in the OED's reading program for American genre fiction?

Perhaps pogonip got swept up into general-use dictionaries because it was used in a Louis L'Amour story "Down the Pogonip Trail". Later writers of Westerns and frontier fiction seem to have propagated the word after that. Gillian Welch uses the word in one verse of her marvellous song "Wrecking Ball" on her album Soul Journey):

I won a dollar on a scholarship

Well, I got tired and let my average slip

Then I's a farmer in the pogonip

Where the weed that I recall

Is pogonip the only word in English from Shoshoni (besides Shoshoni nɨmɨ "person" in the linguistic term Numic)? I really like having these rare words in the dictionary. Imagine the pleasure of reading a Western in which this word is dropped, wondering where it came from, and then looking it up in the dictionary to find its origin with the sinking feeling that it will not be entered. But there it is!


The Random House Dictionary (always the best general dictionary for the origins of Native American words, thanks to the contributions of Ives Goddard) gives the following etymology:

I must see if there is a further Uto-Aztecan etymology for paγɨnappɨh. To be continued...
Posted by odamaki at 10:47 PM No comments:

Tonight, after the election of Enrique Peña Nieto, I have seen too many headlines in English language news sources that read Enrique Pena Nieto—which sounds very unfortunate when pronounced out loud. Pondering the sound of ñ, I was eventually led to search for minimal pairs in Spanish that illustrate the contrast of /ɲ/ and /nj/. Wikipedia provided the following: uñón /uɲon/ "large nail" (of the finger or toe) and unión /unjon/ "union". But how real a word is uñón?  Well, mis uñones and sus uñones get a paltry few hits, but there is also this:

found in Mitos y leyendas de Antioquia la Grande by Javier Ocampo López, a collection of Colombian folklore available on Google Books.
Posted by odamaki at 4:34 AM No comments:

Posted by odamaki at 2:02 PM No comments: 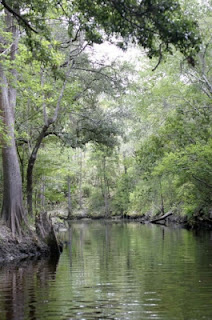 The small town of , , holds an annual festival showcasing the art of  a traditional method used to gather earthworms for use as bait. A thick stake of wood, less than three feet or so in length, is driven into the ground, and then a flatiron is drawn across the top of stick in such a way that the stick vibrates. The vibrations disturb the worms in the ground, and they wiggle up to the surface and are gathered by the pailful by the grunters. (The worms perhaps mistake the noise of the vibrating stake for the sounds made by a mole digging through the earth, so that they climb to the surface in order to escape being eaten.) The term that  worm grunters use to describe the tool of their trade, the wooden stake, is stob. This word dates from Middle English times and is related to the standard English word stub. In modern times,  survives chiefly as a regionalism meaning “a short piece of wood.” Professor Charles F. Smith of  included the word in his 1883 work “On Southernisms”, a compilation of Southern regional terms. His account of the word reads as follows: Stob, a small post or stake or stump of a shrub, South, commonly so used in many, if not all, parts of the South. It is not elegant, however. Despite Smith’s low estimation of stob in 1883, the  worm grunters of today still find the word useful. 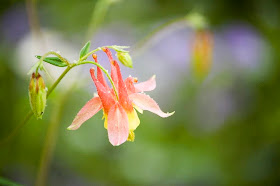